It’s been a while since I’ve been the subject of a photoshoot — in fact, I’m not sure I ever have — but I was very humbled to be asked by my good friend and fellow photographer, Meredith Schofield, to be just that recently.

Meredith — or Mez, as she’s better known — this year fulfilled a dream she’s had forever when she purchased a fantastic 1970s Volkswagon Kombi Transporter. She quickly named it Etta, and has been proudly showing her off to the people of Sydney ever since.

As a lover of portrait photography, Mez came upon the idea to use Etta — which is a brightly coloured as you could hope for — as the central prop for a series called Bus Portraits, and both myself and my better half, Jac Ding, were the first cabs off the rank. Mez described us as “an amazing, creative couple who feed off each others energy and ideas”, and wanted to capture the essence of us.

I think she did that brilliantly, not least with the shots of me shooting Jac, which I often do to help with her wonderfully inspiring and socially aware fashion brand The Rushing Hour.

Of course, I wasn’t going to turn up to  shoot without my camera — even if I was to be the subject of it —so I shot a few frames myself, including some of Mez at work. She’s been a real inspiration to me over the years when it comes to photography, and always encouraging of my own work and dreams to make this a full-time, paying pursuit.

Thanks to Mez, not only for that, but also for showing us all that dreams can come true, as they did for you with Etta. 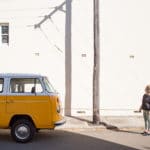 Jac with Etta, wondering what’s in that little window. 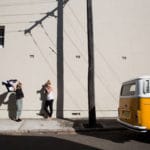 Mez shoots Jac in the breeze. 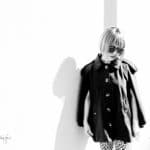 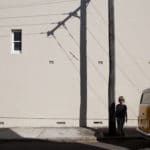 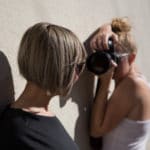 Mez hard at work with Jac. 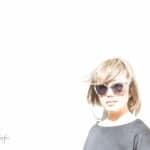 Jac does fashion, and she does it well. 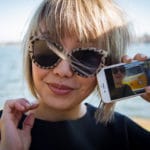 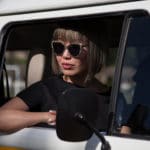 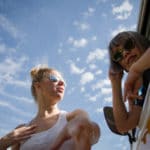 Mez giving the creative directions to Jac and myself. 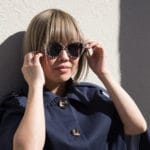 Jac in cape and glasses.