Apollo archive takes you to the Moon and back

I’ve always had a fascination with space, the so-called final frontier. Apollo 13 is one of my favourite movies of all time, a story of how incredible the human race can be when it puts its mind to it.

This week, to my absolute delight, The Project Apollo Archive and NASA uploaded every photo taken by astronauts on the Apollo missions to the Internet. All of them are available via a dedicated Flickr page, and I’ve picked 17 of my favourites below, one for every Apollo mission, although strictly speaking there weren’t 17 mission, but no matter.

There are close to 9000 images in the archive, including some of the more iconic ones you will no doubt recognise. But you’ll also see the blurry stuff-ups we’ve all made with a camera, candid captures of astronauts taking a shave in command modules, and hundreds of lunar surface images, making the experience of sifting through them all the more fascinating.

The photos looking back to Earth are perhaps the most mesmerising for me. I’ve always had this theory that if every world leader took a trip to space to look back at Earth, it might be a more peaceful place to live. The planet looks so fragile from far away, extraordinarily beautiful, and worth taking care of.

As Apollo 8 crew member Frank Borman told Newsweek in 1968, around six months before Neil Armstrong would be the first to set foot on the Moon itself, seeing the planet from this far away can completely change your perspective on life.

“When you’re finally up at the moon looking back on Earth, all those differences and nationalistic traits are pretty well going to blend, and you’re going to get a concept that maybe this really is one world and why the hell can’t we learn to live together like decent people?” – Frank Borman, Apollo 8 Mission Commander

Apollo 13 commander Jim Lovell used to look back at the Earth with one eye closed, and hide the planet behind his thumb. It’s something Tom Hanks does in the movie, too.

“Everything that you’ve ever known, your loved ones, your business, the problems of the Earth itself – all behind your thumb,” Lovell marvelled for the 2007 documentary In The Shadow Of The Moon. “And how insignificant we really all are, but then how fortunate we are to have this body and to be able to enjoy loving here amongst the beauty of the Earth itself.”

It’s something Armstrong did, also.

“It suddenly struck me that that tiny pea, pretty and blue, was the Earth. I put up my thumb and shut one eye, and my thumb blotted out the planet Earth. I didn’t feel like a giant. I felt very, very small,” he said.

It makes these photos from NASA, every single one of them, truly important documents. It shows us as we should all be seen – tiny, and able of so much better in terms of how we treat each other, ourselves, and this beautiful planet we all inhabit.

Let’s check out some of the images.

The Earth, as seen from the Apollo 16 mission of 1972. You can clearly see the United States and Mexico here, with Baja California’s skinny arm extending into the Pacific Ocean. 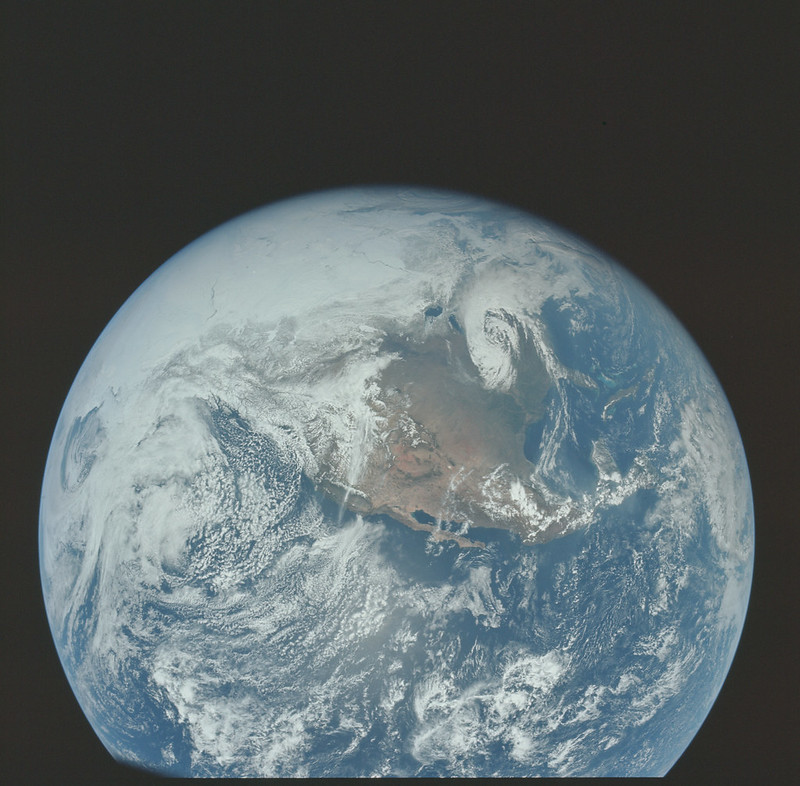 An image from Apollo 11’s mission of 1969. This was one of the first images to be taken from the surface of the Moon, looking back at our beautiful planet, Earth. 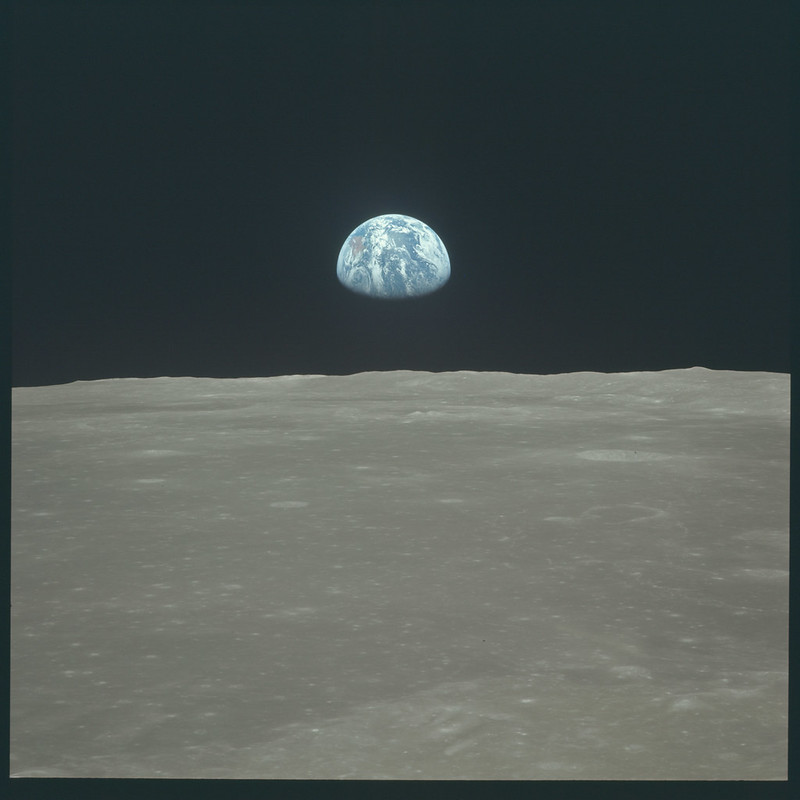 Charles Duke, who flew the Lunar Module for the Apollo 16 mission in 1972, left a family photo on the Moon. 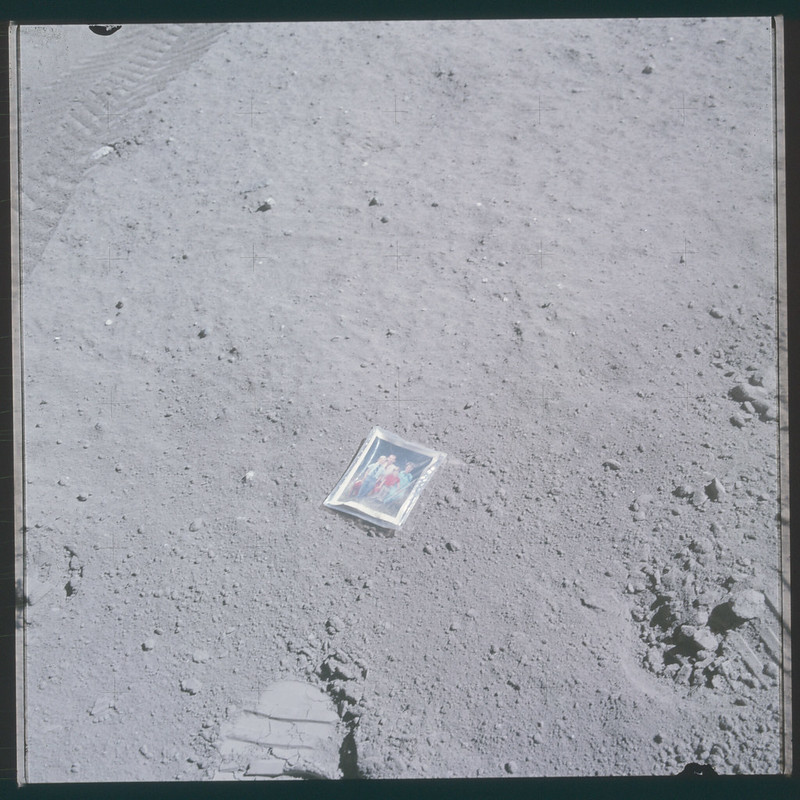 The late Ron Evans takes a shave during the Apollo 17 mission of 1972. 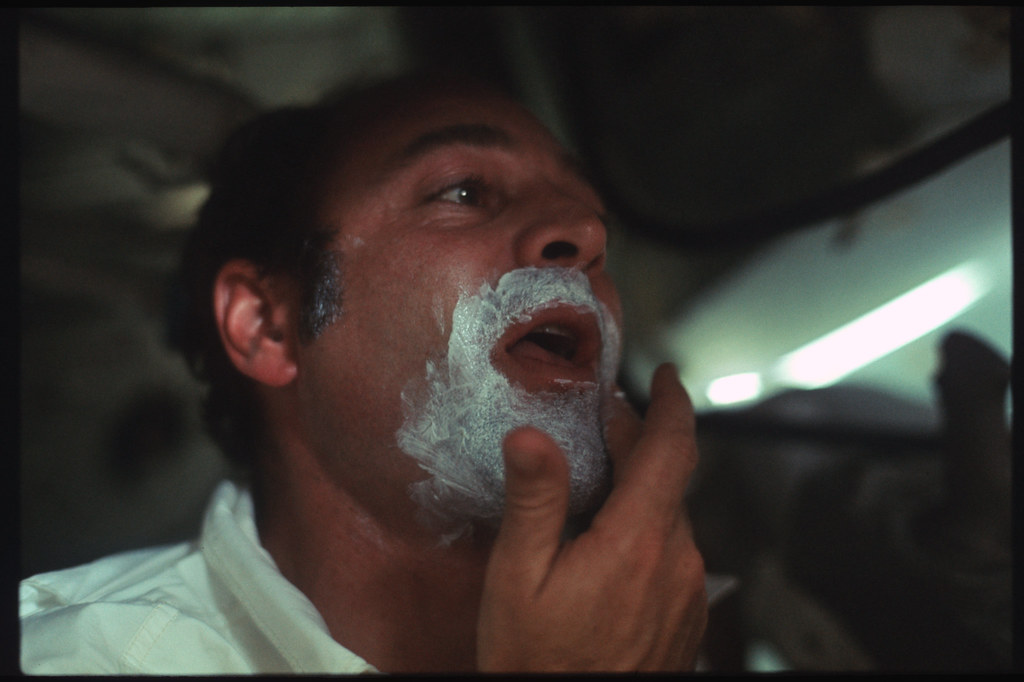 This is the damaged base of the Apollo 13 Command Module, showing the blown-out panel which prevented that mission from making a landing on the Moon, and enacted one of the greatest rescue missions mankind has ever undertaken. 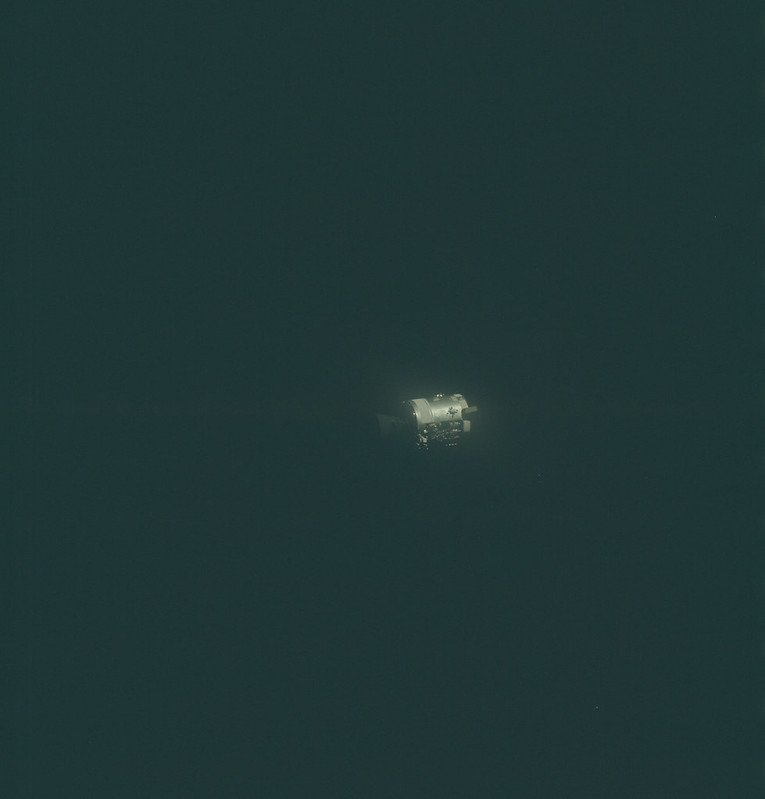 Neil Armstrong undertaking the first ever EVA (Extra Vehicular Activities) on the surface of the Moon as part of the Apollo 11 mission of 1969. 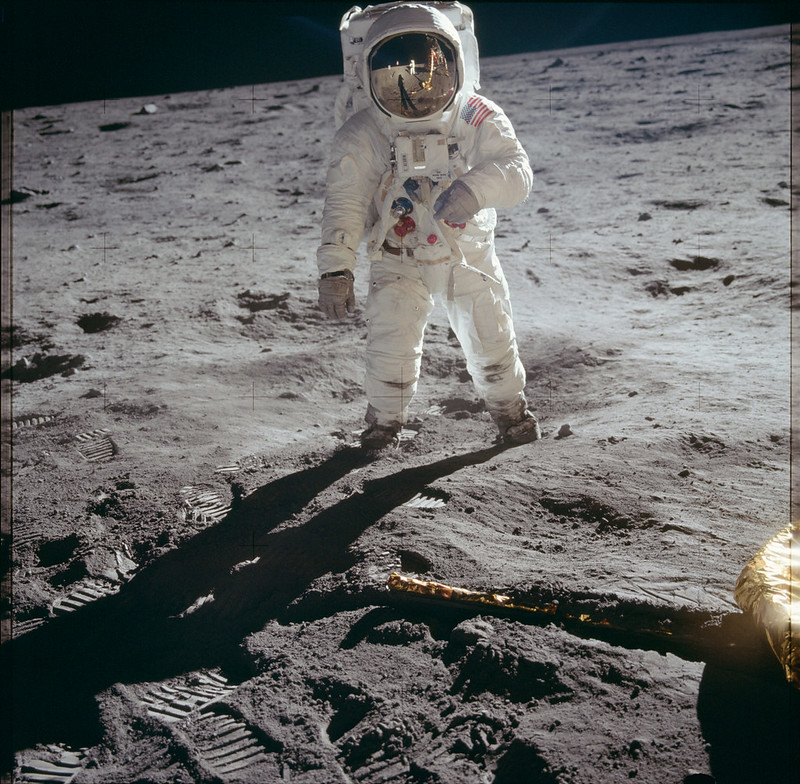 A stunning look at the Moon’s surface, taken from the Apollo 15 mission in 1971. 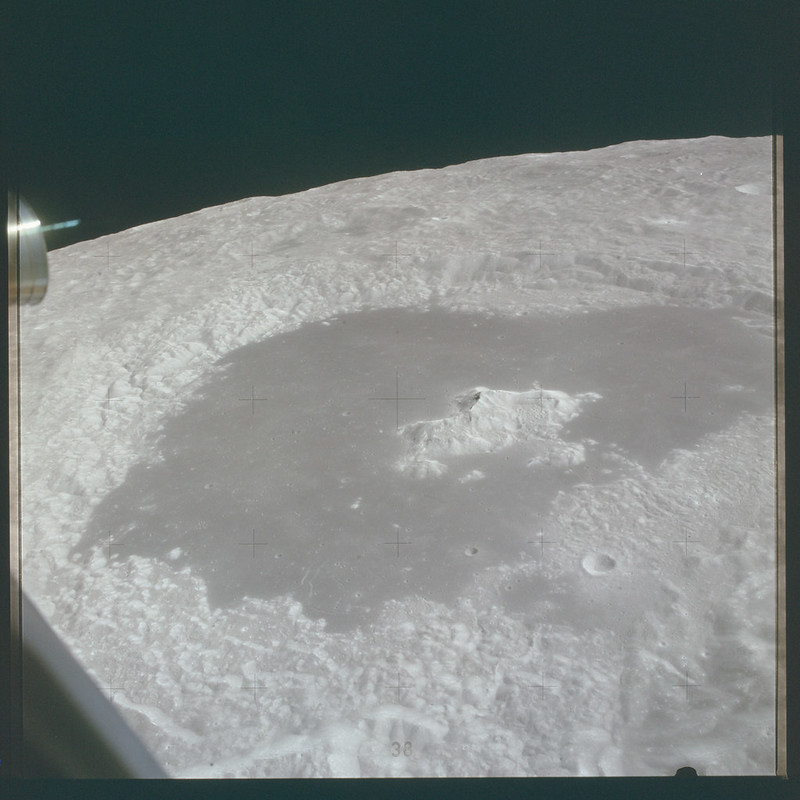 The Apollo 17 Command Module. That 1972 mission was NASA’s last, and carried Harrison Schmidtt to the Moon. He was the first professional geologist to make the trip. 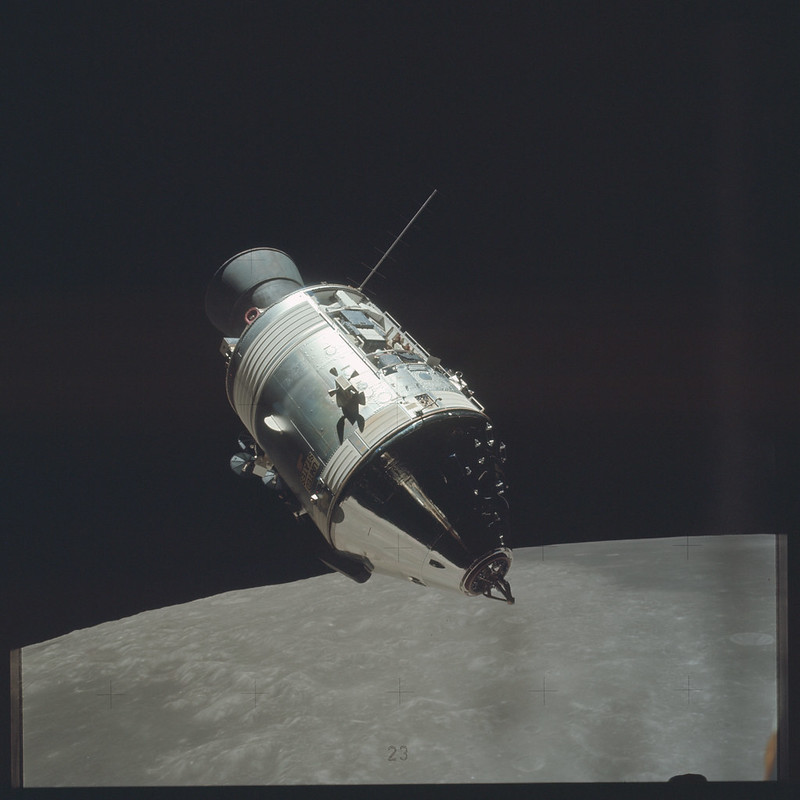 A shot from an Apollo 15 EVA in 1971, showing the surface of the Moon in close-up detail. 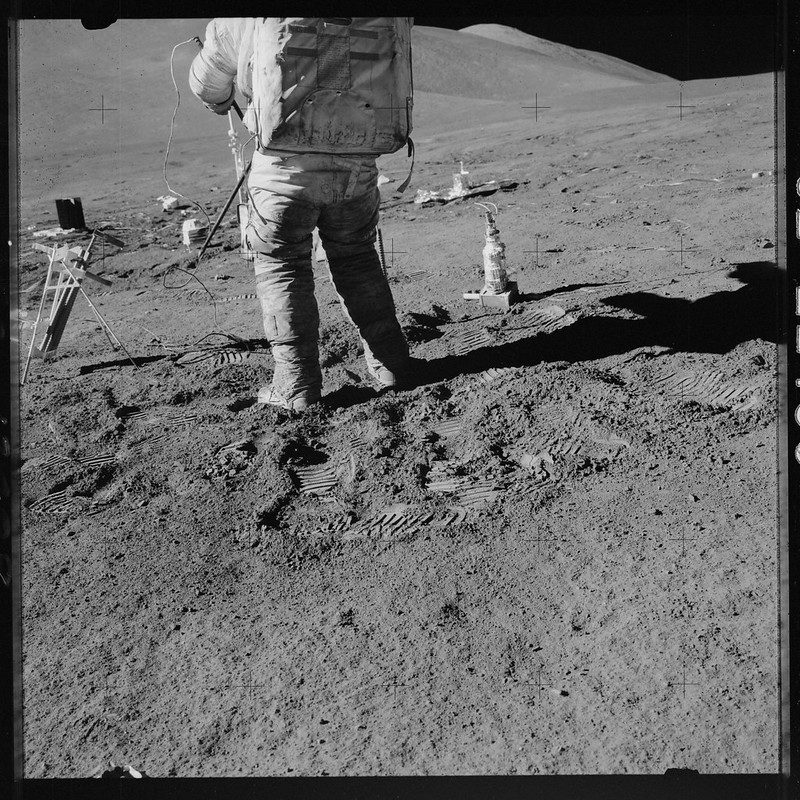 One of the last photos to be take from the surface of the Moon by man, during Apollo 17’s mission in 1972. 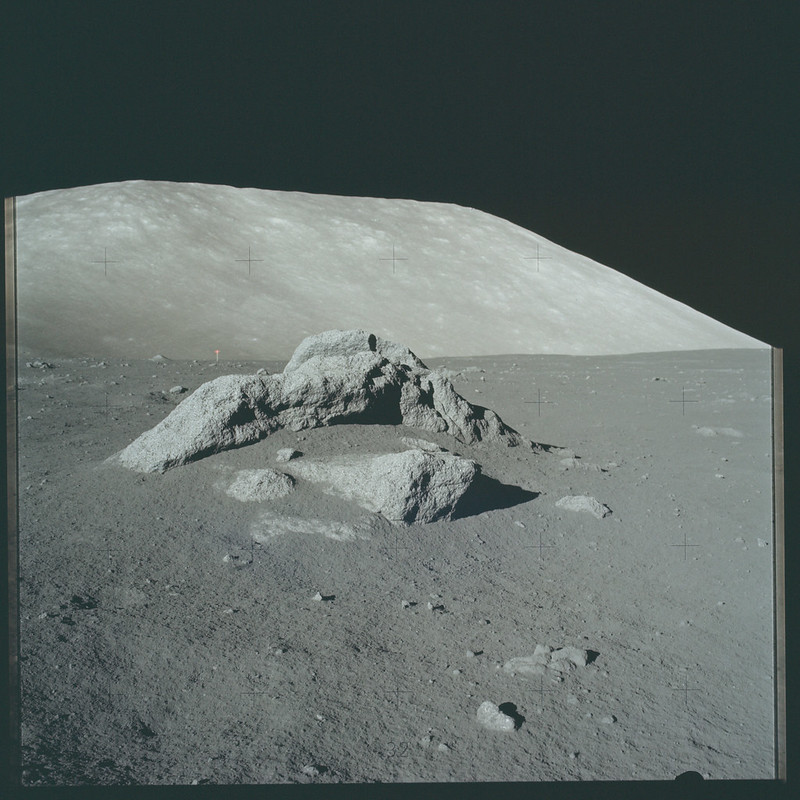 Footprints on the Moon, made by the last astronauts to visit the lunar surface as part of Apollo 17’s mission. 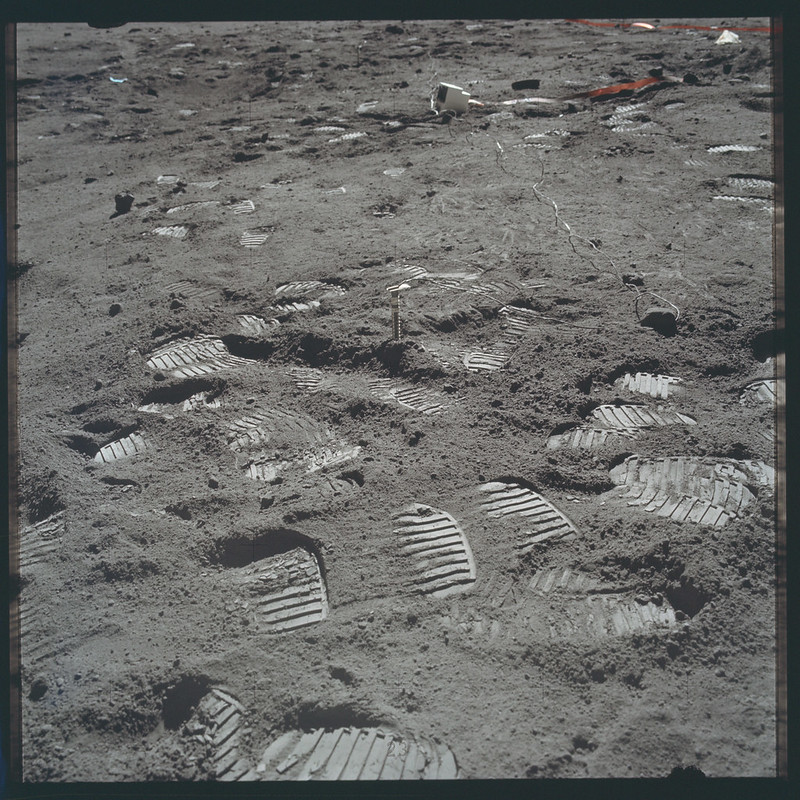 The Apollo 11 Command Module is pictured from the first Lunar Module to land on the Moon in 1969. 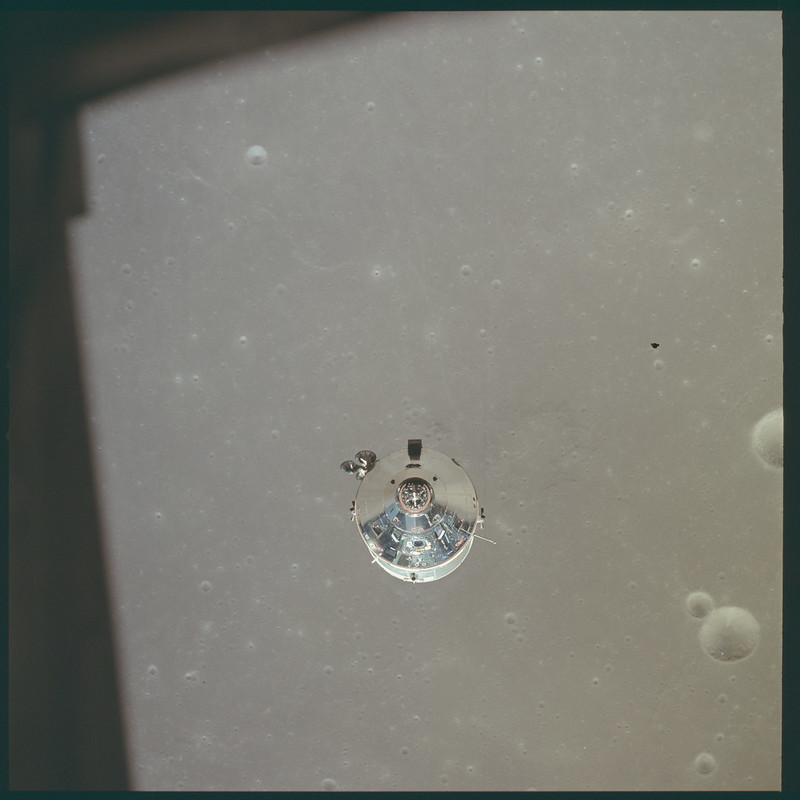 Neil Armstrong, the first man to step foot on the Moon, is pictured here during the Apollo 11 mission of 1969. 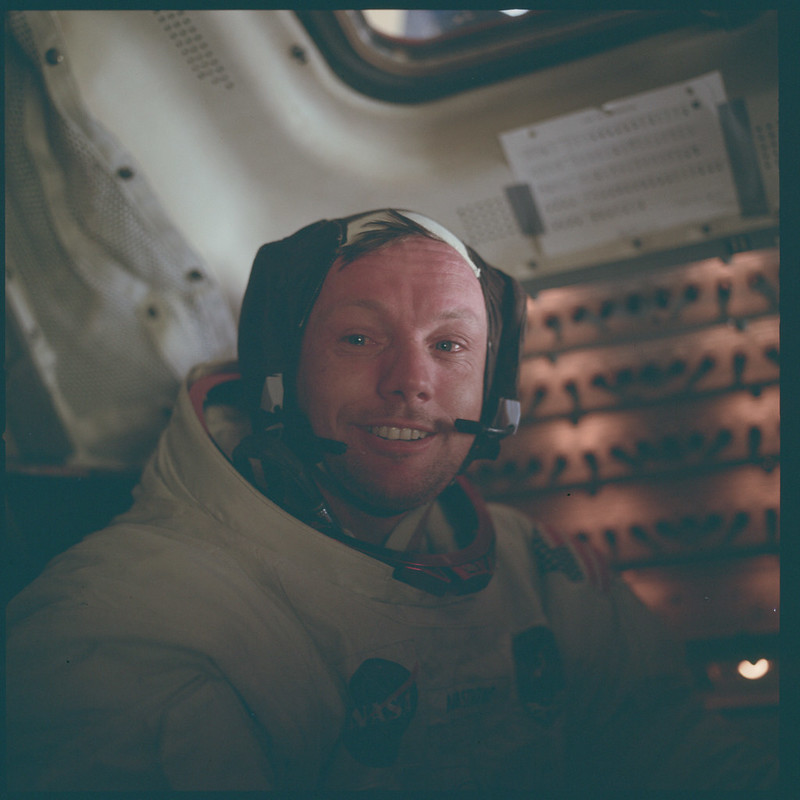 This capture of lunar craters from Apollo 17 shows the unique surface of the Moon spectacularly. 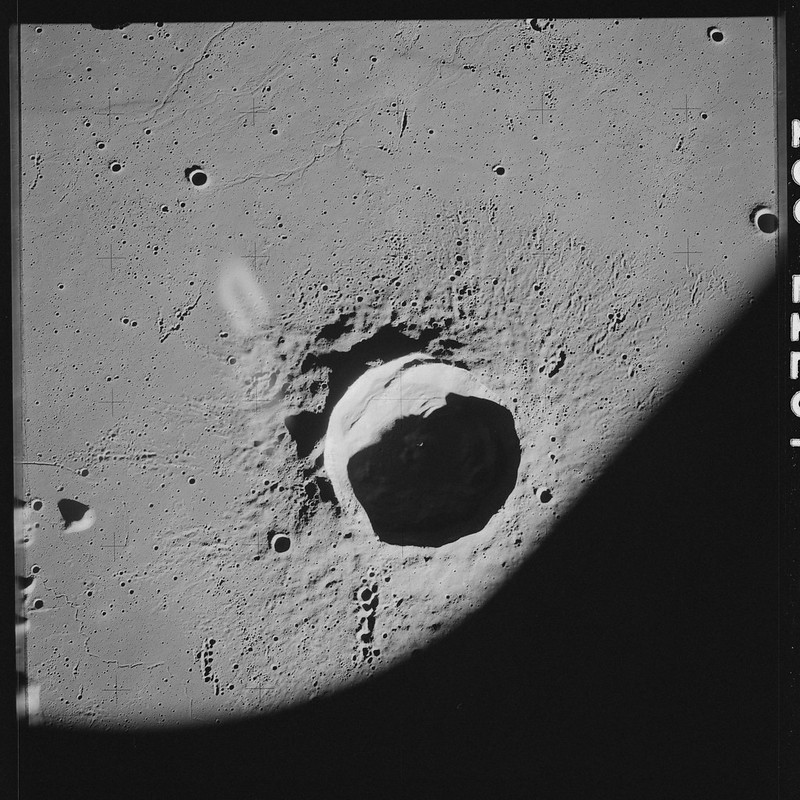 Apollo 17 conducting work during its 1972 mission. To be the only man on a celestial body must be an experience that is impossible to describe. This image gives us a tiny sense of what it might be like. 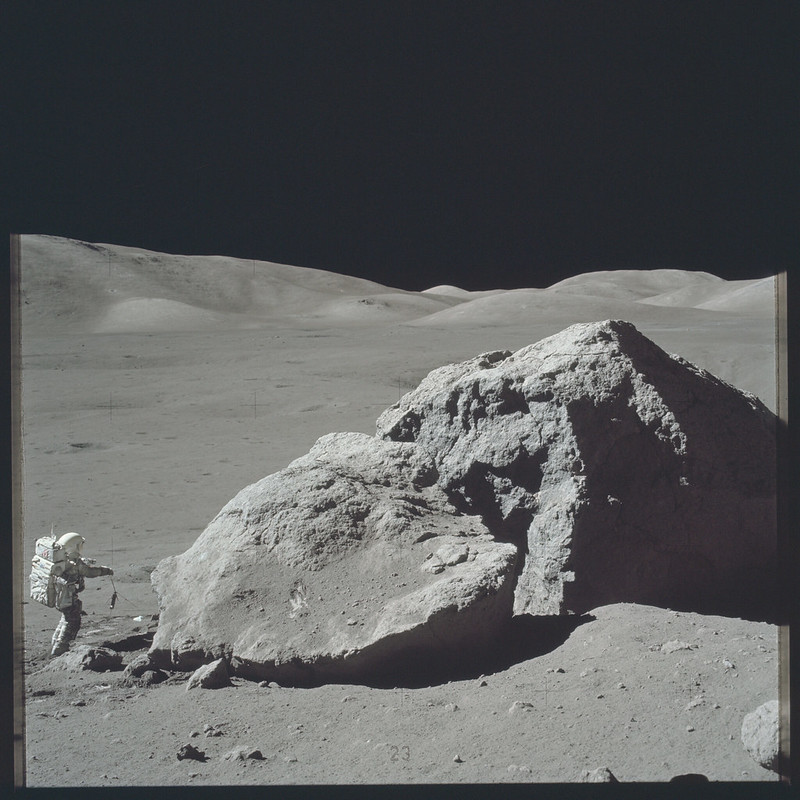 A last look at the Earth. This is my current home, Australia, taken from the Apollo 17 mission in 1972, the just a few months after I was born on the other side of the planet in London, England. 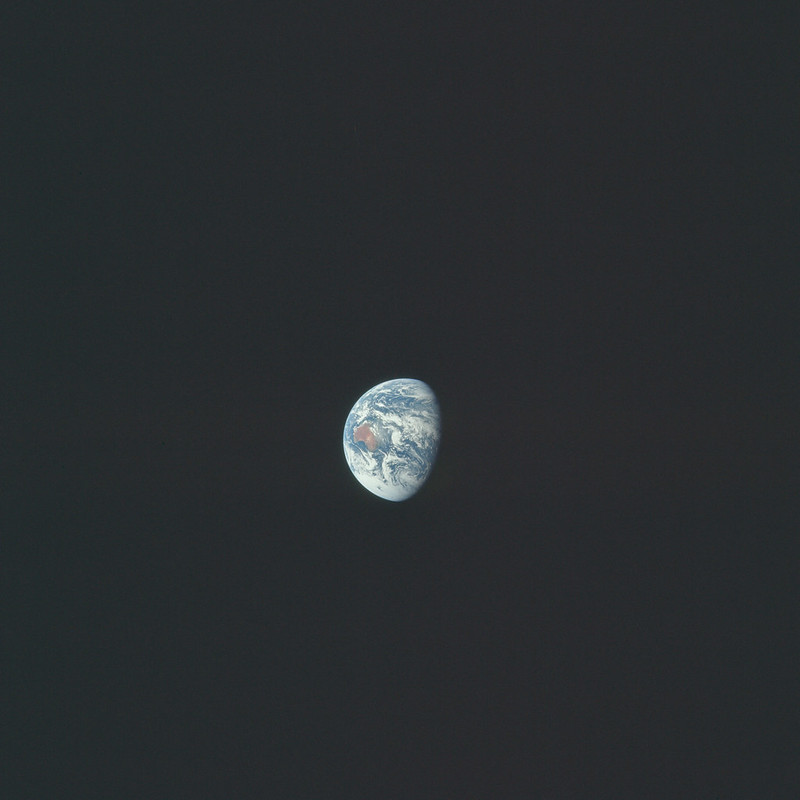 Last but not least, a superb image of Africa, taken during the Apollo 17 mission. If science is correct, every one of us can trace our ancestry back to this continent. That makes us all brothers and sisters. We live on in hope that someday, people might live in a world where we do treat each other as family, no matter our race, colour or creed. 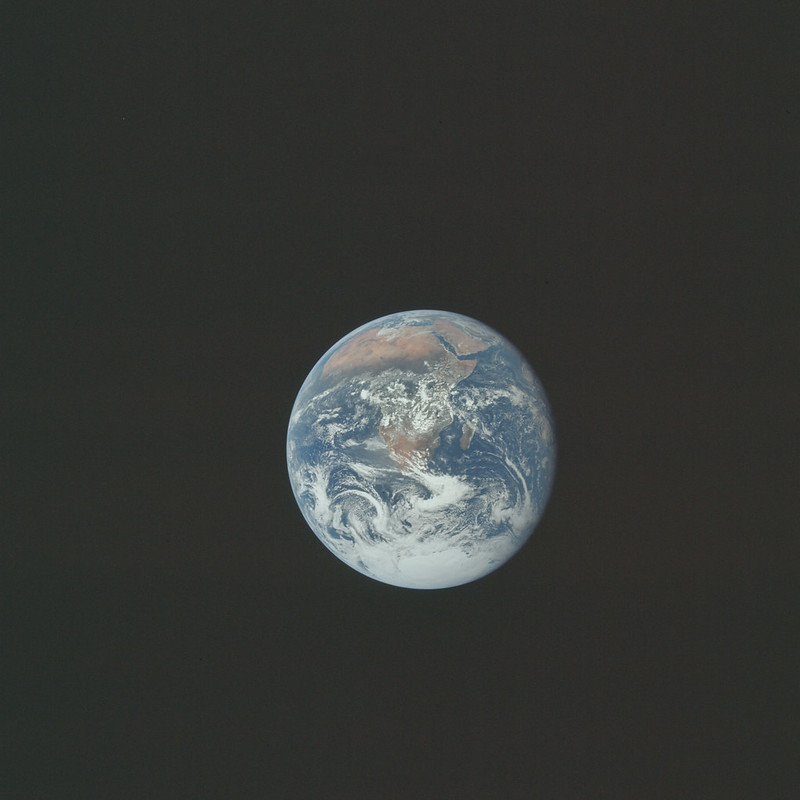