This week, a collection of never-before-seen images of the United States Presidential Emergency room emerged, all shot on that most fateful of dates: 11 September 2001.

The photographs, which are not credited to a single photographer, were released in response to a Freedom Of Information Act request received by the National Archives, and chiefly feature then US Vice President Dick Cheney reacting to the horrific attacks of that day.

The stills are incredibly interesting to look at, and show a previously unseen view of the administration’s immediate reaction to the news that commercial aircraft were being used to attack key monuments inside the United States, most infamously at its financial heart, New York City.

As the World Trade Centre towers exploded, burned and ultimately collapsed, Cheney is pictured watching on via television coverage, as much of the world did that day. He is in the company of former Secretary of State Colin Powell and former National Security Advisor Condoleezza Rice, while Laura Bush, then the First Lady, looks on as well. George W. Bush is also seen after arriving later.

I don’t need to put any words against these images. They speak for themselves. 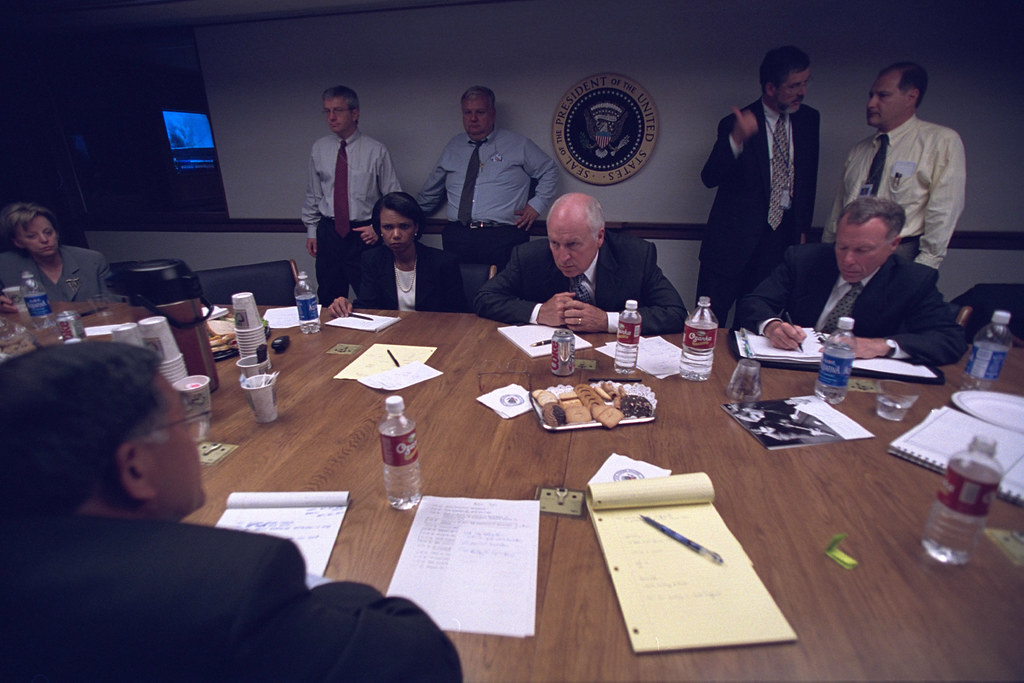 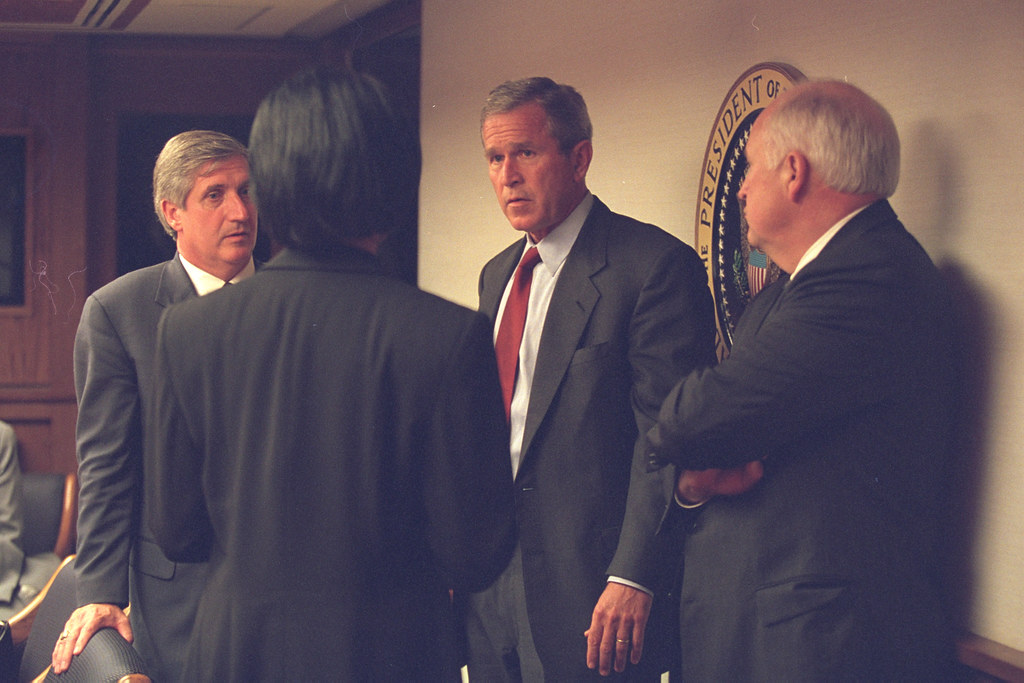 The reactions of some of the senior staff members seen in the room are particularly telling. 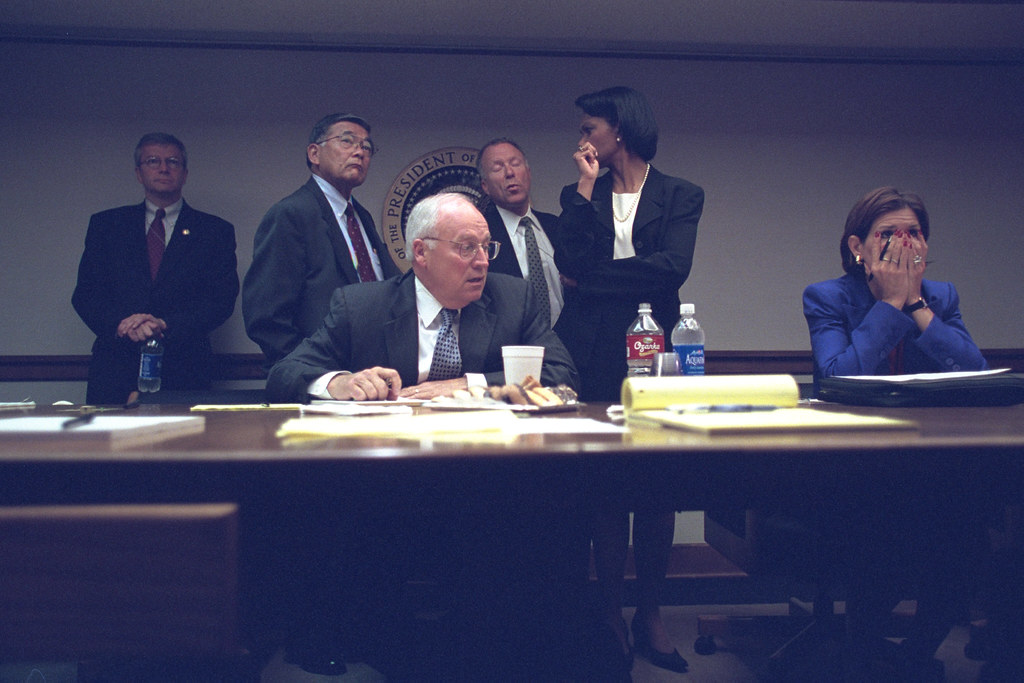 The White House has become very open to sharing materials on social media platforms very over the past few years, driven largely by the team behind current US President Barack Obama.

These images, while more than 10 years old now, are a further demonstration of that.

I tried looking at the notepads strewn across the table at the highest resolution, but unfortunately what’s written on them is not clear enough to read. It would be fascinating to read some of that.

For a deeper look into George W. Bush’s memory of that day. I’d highly recommend watching his 9/11 interview, which was conducted around a decade after the attacks that he said changed his presidency. They also change the country, and the wider world, many would say for the worse.